Week 5 of the One Room Challenge was by far the hardest yet! Have you ever gotten in over your head, smack dab in the middle of a project, and though WHAT WAS I THINKING!? I have to admit, this was me over the weekend.

When I told Eric I wanted to team up with The Home Depot to do a DIY ceiling makeover, he was thrilled. We’d talked about how much we loved wood beams and coffered ceilings but knew the standard 8 foot ceilings in our converted garage living room wouldn’t allow for too much on the ceiling. So we came up with an alternative!

We worked with The Home Depot to bring this amazing DIY ceiling makeover to life! It was by far one of the hardest projects we’ve done; mostly because it’s all overhead which is incredibly hard on your neck and arms. But the finished product was SO WORTH IT!

The beadboard panels were all Eric’s idea, and admittedly I was cursing him while the two of us were trying to hold them in place AND screw them up, but they really are the best part. It took us two full days to get this project done, but the process could go even faster if you have help! So if you have a ceiling that’s seen better days; maybe it has water damage or you just hate that popcorn ceiling – head over to the Home Depot blog for my full tutorial on doing your own DIY ceiling makeover!

Check out my Faux Coffered Ceiling tutorial on the Home Depot blog! 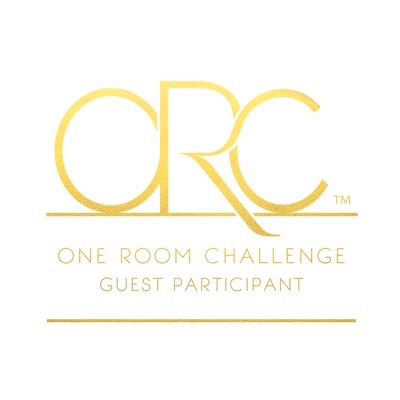