Whether you’re an experienced DIYer or a first time homeowner just dipping your toe into the wonderful world of DIY, you’ll love this project! It doesn’t get much simpler than PEEL and STICK! If grouting tile seems way too messy or overwhelming for you, I totally recommend this DIY backsplash project. Plus you can do it yourself for less than you’d pay for someone to come in and tile for you in the traditional method. You can install a brand new DIY backsplash in under an hour! 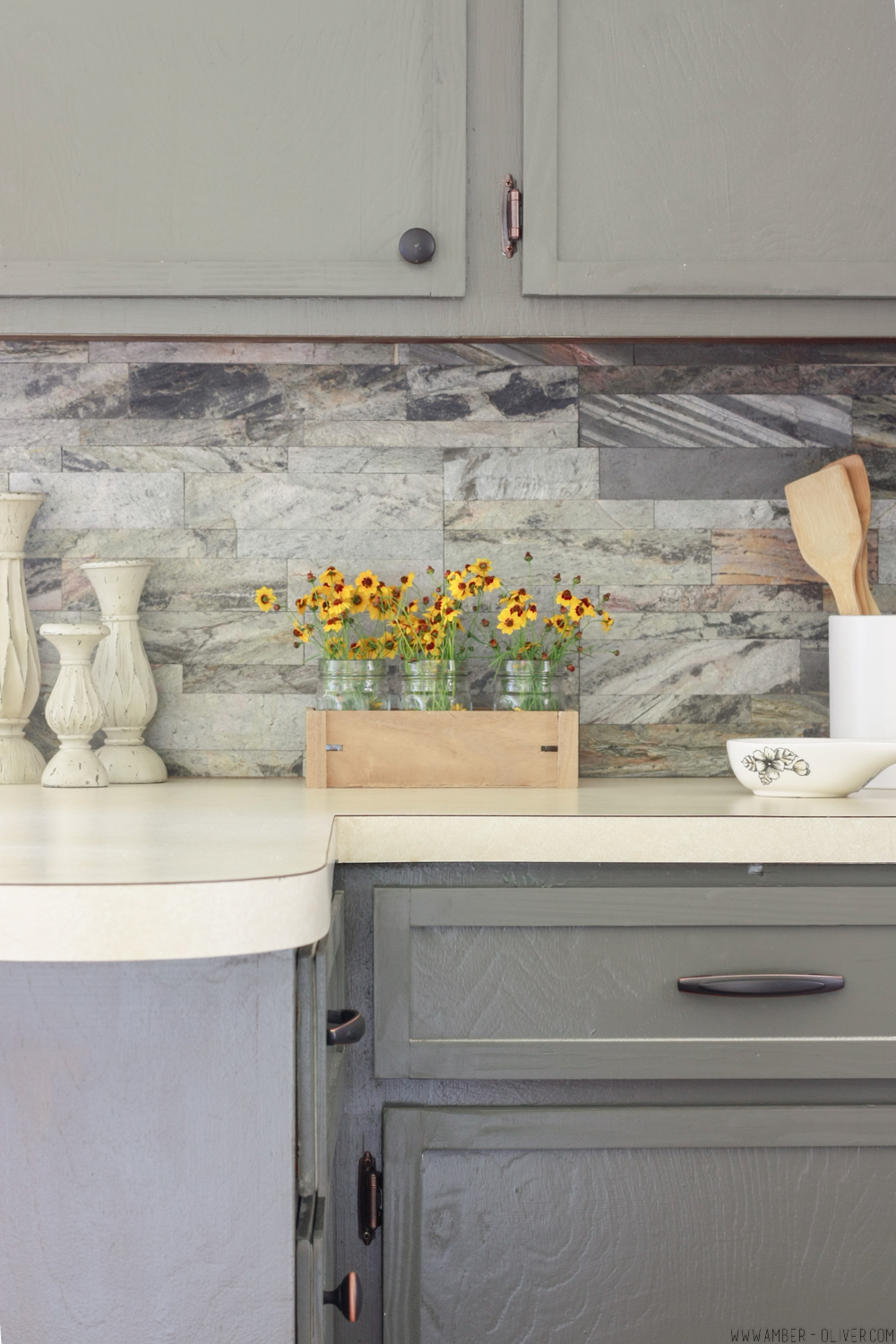 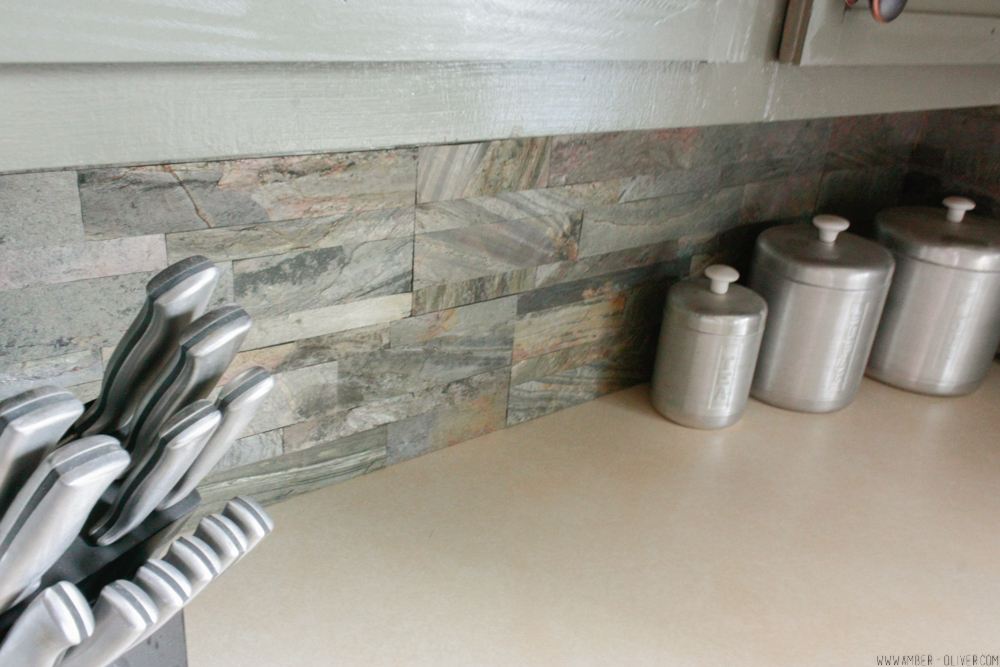 These peel and stick tiles perfectly accented the newly painted cabinets in my mom’s house! You can read more about this full kitchen remodel here.

This project is almost too simple to have a full tutorial on! There isn’t much to it!

How to Install Peel and Stick Backsplash 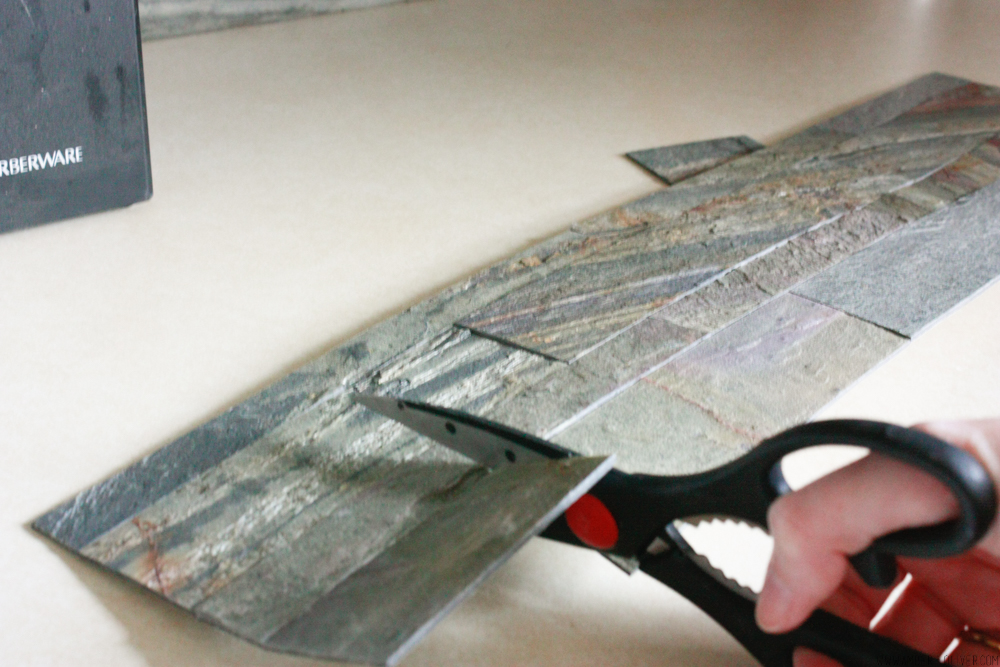 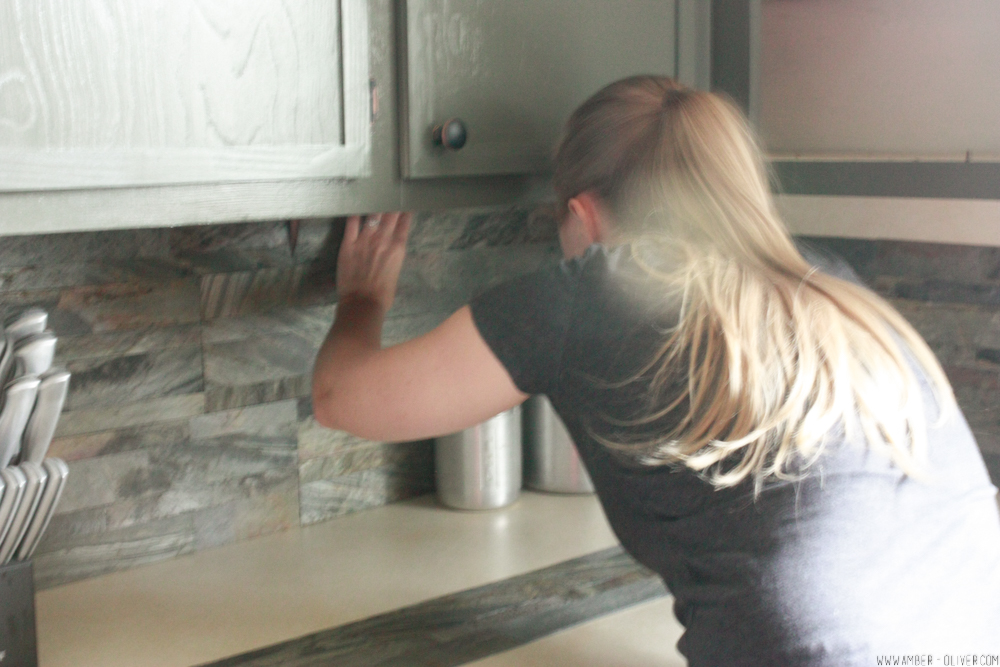 We applied the peel and stick stone backsplash directly to the current “backsplash”. Instead of sheet rock, it was the same surface as the Formica counter tops. To remove the tiles, use a heat gun. This would probably work perfectly for us, though if you are going directly on sheet rock it probably wouldn’t be as simple to remove. You can get more information about doing a DIY backsplash from Aspect Tile!