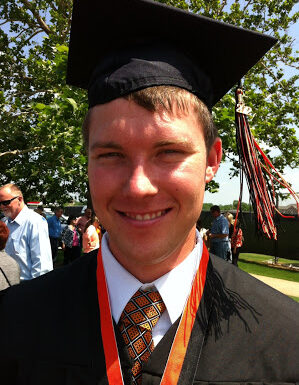 After a long hiatus I am back to blogging! 2012 had so many changes that kept me busy! Here’s an update:

We spent 2 weeks in Europe: England, France, and Brussels.
Eric passed the FE, graduated from OSU, and got his first job.
A few months after Eric moved to Houston, I got a job offer and moved as well!
I leased my first apartment on my own and am now living on my own for the first time. 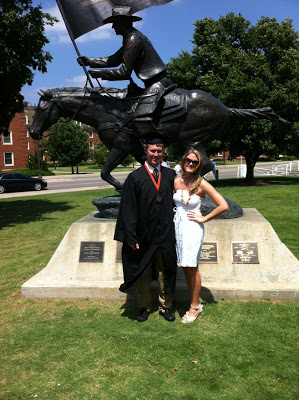 Since moving to Texas there has been a lot of settling and adjusting; also frequent trips back to Oklahoma for holidays and a few football games! This is the furthest I have ever lived from home. I miss my family and friends but I’m enjoying making a life here and meeting new people and making new friends! We’ve joined a Sunday school group at the church we’ve been attending and have made several friends through there. We went to the OSU watch parties on game days to cheer on the Pokes with fellow OSU alums. I’ve also met up with the Houston ADPi Alums group and made friends with a few coworkers.

There is SO much to do in Houston! In the fall I would go to yoga in a park downtown every Saturday morning. I played pickup Ultimate Frisbee a few times; Eric joined an Ultimate league and went to several tournaments. I went with him to the one in College Station (cool town alot like Stillwater!). I sprained my ankle playing trampoline dodge ball. We took a Salsa dancing class and went to a salsa club. I made smore’s in a fire pit by the rooftop pool of the Four Season’s with some ADPi’s. We’ve already had friends visit and can’t wait for more to come! Marilyn came down for NYE and a group of us went to a Burlesque show. I’m enjoying this city so much and I’m very lucky I took a chance and moved here 🙂

Here are a few more pictures from the last year; lots of friends have been getting married! <3

I hope to update this more frequently now that I have stuff to blog about! My new apartment is giving me lots of new projects to do! I love to do crafts and I’ve even gotten some experience with power tools!! Let the fun begin 🙂